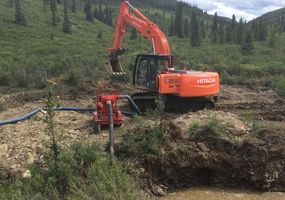 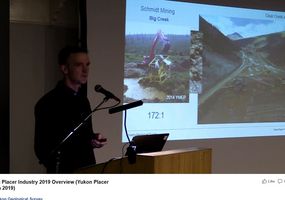 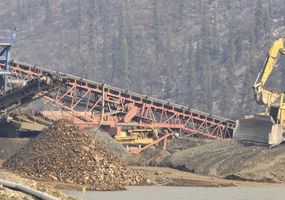 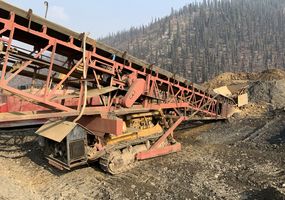 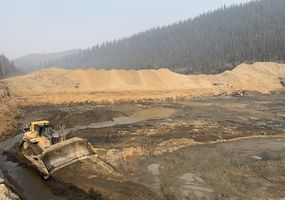 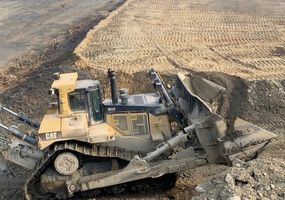 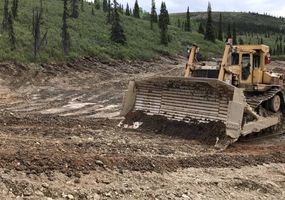 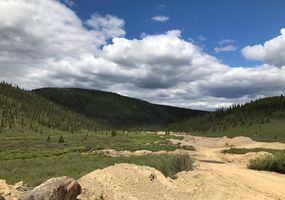 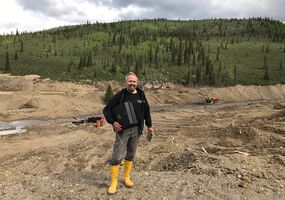 Very sucessfull mining season at “Oz” Property!
The long years of testing and prospecting are done now, a huge mine is running on Big Creek now.
After setting up a big washplant and camp the mining starts in July. For a bit more than a half season a great result was captured.
This is our worthfullest property right now.

We are thankfull to the Yukon Government for the financial support during the testing campain with the YMEP 2014.
Jeff Bond of the Yukon Geological Survey introduced the project to the public at the Yukon Geoscience Forum in November 2019 in Whitehorse.
He shows, that the gold found in 2019 is 172-times the cost of the exploration.
For us the total costs for 3 years of our work were payed back in two weeks... So the ROI (Return of invest) was 14 days.

History of the property

The testing campaign done by Schmidt Mining Corp. along our Oz Property, located on Big Creek (Map 115P15) led this well established group to the discovery of another excellent ‘patch’ of very coarse gold, not too far (downstream) from the location where a previous good area has been already found in 2017. Both these great findings are following the first discovery of a good/coarse gold concentrations done by our exploration company during the early stage of exploration in 2013-14 and 15.

This latest findings are only confirming the existence of a strong gold distribution occurred along our property at shallow depth, and the good economic value of it.

Starting from May of 2019, the Oz claims will be mined by the Schmidt Mining Corp., the company which optioned our ground until 2020.

The gold just found (see the pictures below) is surprisingly coated with a red and black crust which appears to be more probably compose by iron and manganese oxides (not tested yet). The gold is generally coarse and grainy, with presence of several well rounded nuggets of noticeable size. The fineness is around 82%.

in the central part of the Yukon

60km from Mayo and 125km from Dawson City